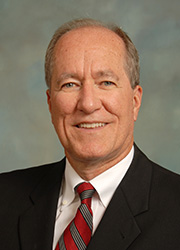 Dr. Harvey Seybold has been practicing in Roselle for over 30 years. He received his Doctor of Dental Surgery degree from Northwestern University and his undergraduate degree from the University of Illinois in Champaign.

Dr. Seybold is a member of the American Dental Association, Illinois State Dental Society, Chicago Dental Society, Academy of General Dentistry and Academy of Cosmetic Dentistry. He is also a director with Advantage National Bank and one of the bank organizers. In his spare time, Dr. Seybold's hobbies include running, swimming and Karate. 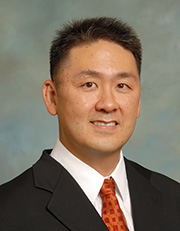 Dr. Peter S. Chang grew up in Wood Dale and attended Fenton High School. After receiving a B.S. in Physiology at University of Illinois-Champaign in 1985, he attended University of Illinois School of Dentistry in Chicago, and completed his D.D.S. degree in 1989. During his three year services in the US Air Force following dental school, Captain Chang completed a one year general practice residency at Travis AFB, CA as well as one year tours at Kunsan AB, South Korea and Norton AFB, CA.

Dr Chang is a member of the American Dental Association, Illinois State Dental Society, Chicago Dental Society and the American Academy of Cosmetic Orthodontics. He has also been a certified Invisalign Provider since 2002. In addition to practicing dentistry, Dr Chang is an Assistant Professor at Midwestern University Dental Institue in Downers Grove, IL.

In his spare time, Dr. Chang's hobbies include running, movies, bowling, throwing a mean Frisbee, magic tricks and spending time with his wife and three children.

Dr. Chowdhury received his dental degree from the Southern Illinois University School of Dental Medicine where he continued and completed his residency in Advanced Education in General Dentistry (AEGD) and Implant Fellowship. He has also developed an expertise in advanced dentistry which has been the focus of his continuing education efforts.

After finishing his residency and private practice in Saint Louis, MO, Dr. Chowdhury decided to make his home here in Chicago. A former Clinical Instructor at Southern Illinois University, School of Dental Medicine, Dr. Chowdhury continues to help serve as a mentor to current students and teaches at Midwestern University Dental School. 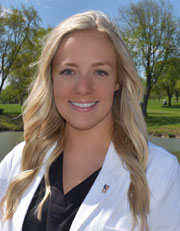 Dr. Jackie Hassenplug grew up in Bloomingdale and attended Roselle’s St. Walter School for grade school. After receiving a dual degree in Public Health and Italian at Indiana University, she pursued her doctorate in dental medicine at Midwestern University College of Dental Medicine Illinois where she graduated among the top of her class.